In the first part, we saw how to find good stories from our everyday life. We continue our review of the book Storyworthy by Matthew Dicks. In this part, we will see the tips about crafting the story and telling it effectively. I have used some of these tips in my last post about the hardest math exams I gave.

Matthew says that all good stories are about a 5-second moment that changed something fundamental about a person. Moments like falling in or out of love, finding forgiveness, reaching acceptance, sudden change of opinions, making a huge decision, achieving something big or failing miserably, etc. This is the key ingredient of a good story. This is often used by moviemakers. For example, according to Matthew, Jurassic Park is not a movie about dinosaurs. The dinosaurs are used to make the story more compelling. But the real story is about a change in one of the lead character. Dr. Grant’s opinion about children is changed in the movie. According to Matthew, that is the actual story. When I thought a little more about it, it made sense. There are a ton of sci-fi movies with amazing actions and graphics, but I often don’t like a lot of them because the story is not good or there is no story at all. Matthew ruined another movie for me to explain this point: ​​Raiders Of The Lost Ark. I will not give details about the 5-second moment of that story.

So, now that we know what a good story is about, we can start crafting it. Our story is about that 5-second moment that changed something about us. As discussed in the first part, the change needs to be about us and not someone else. That 5-second moment is the end of our story. So naturally, the beginning needs to be the opposite of that end. The story must begin and end in entirely different states. The steady state stories are not engaging enough.

But, if all good stories follow this principle, doesn’t it make them predictable? Yes. I recall one of my high school teacher, who loved to tell stories. My friend once said that he can predict the entire story if he just listens to the first two sentences of those stories. He was absolutely correct. But that’s the power of storytelling. The audience is engaged anyway, even though they can predict the ending. Though, we loved listening stories from that teacher mainly to avoid the actual class content :p

Some more tips about crafting the beginning of the story. Start the story with the forward moment whenever possible. Basically, create a mental vision where something is physically moving. You can see that tip being used in many good movies. Also, don’t start the story with expectations (“this is going to be amazing/hilarious/unbelievable etc.”)

Now that we know the start and end of our story, we need to find ways to make the middle part more engaging. Matthew suggested 5 strategies to do that. He calls the first strategy “the elephant”. The reason for the audience to listen the story. For example, the dinosaurs in the Jurassic Park movie. The presence of the hard math exams in my last post is another example of that. This is different from the 5-second moment. Introduce the elephant as early as possible in the story. The Jurassic Park movie starts with a dinosaur scene.

Another strategy is called “backpacks”. Backpack is about walking the audience through your plan. Instead of telling how your plan worked out, just describe the plan. It increases the anticipation of upcoming events in the audience. This works best if the plan fails miserably. You can see this in many movies, where there is a mission involved and instead of directly showing you the men in action, they walk you through the plan. It increases the engagement.

There is another strategy to increase engagement. It is called “breadcrumbs”. The storyteller hints at a future event by revealing just a little. This is enough for the audience to make a guess, but they can’t predict what’s coming next. Another technique is called “hourglass”. It is when a storyteller adds unnecessary description and slows the story down. This is typically just before something big is revealed. The audience is already engaged and waiting for that big thing to happen. So, the storyteller makes them wait. Personally, I don’t think these last two techniques work in written stories. The readers can just skip through the text. But they are very effective in oral stories.

Matthew also talks about some other elements of a story. For example, humor and surprise. Humor is not supposed to be used throughout the story. There are some strategic places to use humor. Starting the story with a laugh is a good idea. The best place to use the humor is just before something tragic is about to happen. It hurts more that way. Sometimes, humor can also be used to break tension after a serious event in the story. After all, the storyteller wants the audience to feel a range of emotions. Surprise is also another emotion that the storyteller wants the audience to feel. It often can be achieved by using the strategies discussed above. One needs to remember to hide some key parts to induce a surprise.

The last part of the book is about telling the story. This mostly contains some public speaking tips. One of the interesting tips was about using present tense. A good storyteller can create a movie in the audience’s mind. Use of present tense helps with that. The story obviously happened in the past, but taking the audience back in time when the story is happening is quite helpful. Keep in mind to not break that movie in the middle of the story by asking​​ rhetorical questions or using props or directly engaging in a conversation with the audience. All of them can bring them back to the present, and the momentum is lost.

Failure stories are more engaging than success stories. However, there are times when we want to tell success stories as well. The only thing to keep in mind is that no one likes a braggart. Simple tips to avoid sounding like one is to marginalize the accomplishment. Quote from the book: “Summiting Mount Everest is an adventure story. Changing your life by summiting Mount Everest is a great story.”

The book contains many more tips and explains the ones I talked about in much more detail. Matthew is a professional storyteller himself, so he explains the principles by using his stories as examples. I liked reading the book because it has many good stories.

Hope this was helpful, stay tuned for more and don’t forget to subscribe!

Video of the week: Assassin’s teapot

Quote of the week: “Tell me the facts and I’ll learn. Tell me the truth and I’ll believe. But tell me a story and it will live in my heart forever.” — Ancient proverb from book Storyworthy. 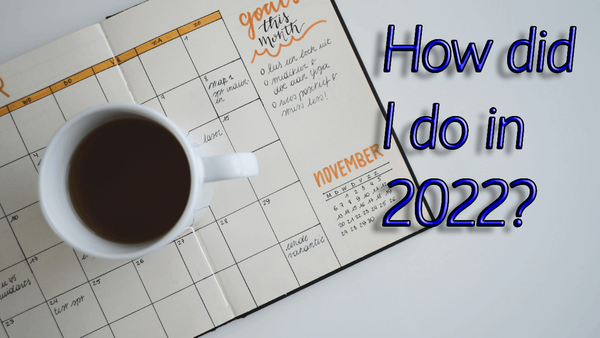